A Life for the Arts

Gunter Ullrich originally came from Würzburg and was the son of the culturally active couple Heinrich and Emma Ullrich. Their circle of friends included visual artists such as the Schiestl family. Even in his earliest years, Ullrich was allowed to sculpt and draw with the other students in his father’s classes. Ullrich was significantly influenced by the drawing lessons of Heiner Dikreiter, the future director of the Städtische Galerie Würzburg.

After graduating from high school Gunter Ullrich enrolled at the University of Würzburg in 1942 as a student of art history. Over the next three months the art historian Kurt Gerstenberg familiarized him with the Renaissance artist Albrecht Dürer. Even then, his secret interest was already the Impressionists and Expressionists, who were denounced as “degenerate artists”.

His plans were thwarted in 1942 due to military service: He fought in the tank forces in southern France and later in Russia. Despite his right hand being injured in the war, Ullrich continued to draw with the left. In a military hospital near the Curonian Spit (Lithuania), the young artist captured his impressions in detail on paper. Since 2002 Ullrich’s drawings have been shown in a permanent exhibition in Kelme (Lithuania) to memorialize the events of the war.

In January 1945, Ullrich survived a devastating tank battle in East Prussia and returned to Germany. There he found out about the air attack on Würzburg on March 16, 1945 and shortly afterwards saw the destroyed city himself. Beginning in the 1960s, Ullrich began processing the air attack and his war experiences, for instance with the series Würzburg brennt (Würzburg burns): The main work of this series is the color linocut Die Apokalyptischen Reiter über Würzburg (The Horsemen of the Apocalypse over Würzburg) on which the artist worked repeatedly from 1965 to 1972.

After the war Ullrich was held in an internment camp in Marseille and later in Alsace. During his imprisonment, Ullrich was impressed by the effect of the southern light and the intensity of colors in Provence. These impressions would continue to be a source of fascination and artistic inspiration also during his later travels to Italy, France, and Spain, of which he created numerous drawings and watercolors beginning in the 1950s, giving his works overall a Mediterranean character.

Studies in Munich and the Artist Couple Ullrich

During his studies at the Academy of Fine Arts (1948–1952) in Munich, Ullrich met his future wife Ursula Jacobi, sculptor and daughter of the famous Berlin composer Wolfgang Jacobi (1894–1972),. They married in 1952. After graduating, the family moved to Aschaffenburg, where Ullrich began his work as an art teacher at the Oberrealschule (now the Friedrich-Dessauer-Gymnasium). From that time on, the artist couple and son Andreas lived in their new home and were actively involved in the city’s art scene. Together they participated in numerous art projects in public spaces: for example, they designed the bronze portal of the Aschaffenburg town hall and worked on the stone war memorial for Rothenbuch.

Art Education as a Calling and Collaboration with Anton Bruder

As an art teacher at the secondary school in Aschaffenburg, Gunter Ullrich demonstrated the importance of art and culture to his students. With great enthusiasm, dedication, and exceptional working methods, he taught his students to observe and perceive things very closely and to develop their own creativity.


Ullrich found a like-minded teacher in his colleague Anton Bruder (1898–1983). His friendship with the Bohemian-German painter and graphic artist had a lifelong influence on him. Bruder had studied in Prague and Dresden and devoted himself above all to Expressionism. Anton Bruder’s experiences and artistic techniques soon influenced not only Gunter Ullrich’s own way of working, but also art lessons at the school. Together, the two friends and colleagues gave art classes a new and higher priority.

As a longtime chairman of the nonprofit cultural society Frankenbund, it was also very important to Ullrich to promote adult cultural education in Aschaffenburg. Through numerous lectures and excursions in Germany and abroad, he aroused his audience’s enthusiasm for the world of art. 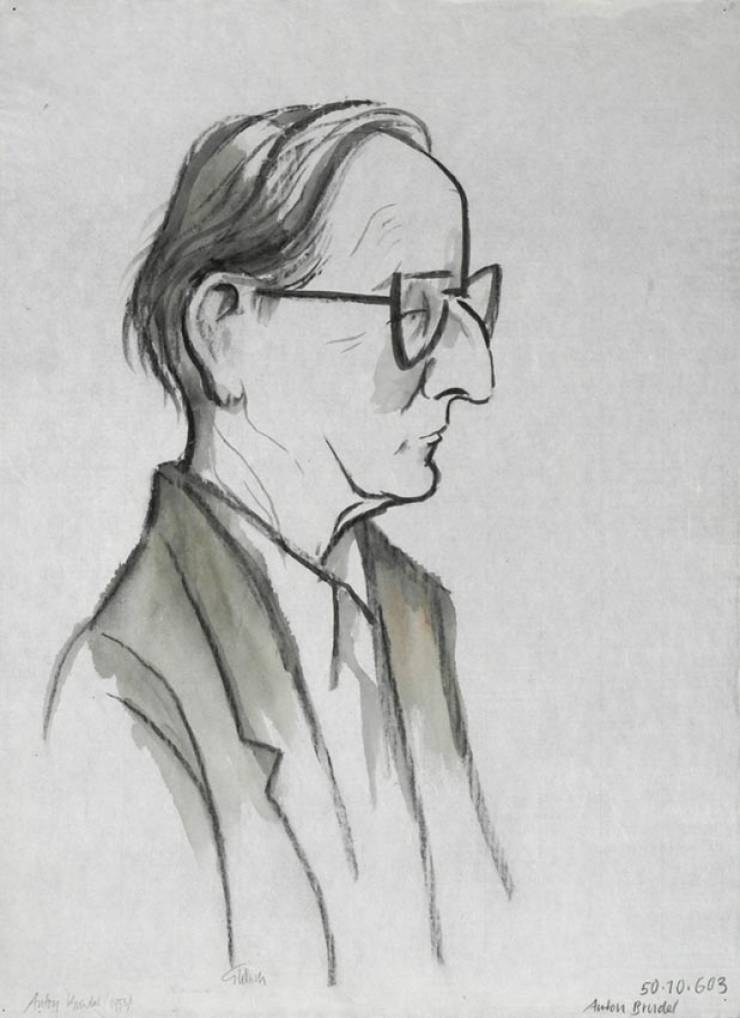 Ullrich’s most important artistic subject matter is his beloved Franconian home. He is especially known for his graphic prints, his socio-critical “Chair” series, and the series Würzburg brennt (Würzburg burns), in which he addressed the destruction of his birthplace in the Second World War.

The cheerful and energetic artist strongly influenced the cultural landscape of Aschaffenburg his entire life. When the cultural life in the city almost came to a standstill during the postwar period, Ullrich pulled out all the stops: he fought for the recognition of Franconian artists and co-founded the artist group Kontakt (1962–1967). At a time when abstraction dominated art, the group advocated for figurative representation. He has been honored by the city of Aschaffenburg and other Franconian organizations with several cultural awards for his artistic achievements.

Gunter Ullrich worked to to find suitable exhibition opportunities in the Aschaffenburg region. His dedication and close collaboration with city officials led to the transformation of the Jesuit Church – which had been destroyed in the Second World War and was subsequently unused – into an exhibition hall for contemporary art in 1976.

He was a founding member and chairman of the Federal Association of Visual Artists (BBK) in Aschaffenburg, which still gives artists  a stronger public presence in the region today. In addition to his initiative for contemporary artists, Ullrich also drew renewed attention to the work of Ernst Ludwig Kirchner. Born in Aschaffenburg, the Expressionist lived in Davos, Switzerland, where he fell into obscurity after the war due to persecution in the Nazi era. Through his lectures in Germany and abroad Ullrich awakened a growing interest in Kirchner

Important Chronicler of His Time

Ullrich’s works of art have a significant documentary value for the city of Aschaffenburg and the region of Main-Franconia. As a chronicler of his time, Ullrich captured the developmental phases of his city in his artworks for many decades. His art processed the Second World War and its consequences and captured socio-cultural events and changes from the post-war to the present.

Gunter Ullrich is one of the outstanding personalities of the Main-Franconia region and one of its most important witnesses of the twentieth and twenty-first centuries. He has been honored by the city of Aschaffenburg and other Franconian organizations with several cultural awards for his artistic achievements.

Gunter Ullrich died on 10 November 2018 at the age of ninety-three in Aschaffenburg. His artistic work as well as his work as a committed educator and his cordial personality left their mark on the entire region.